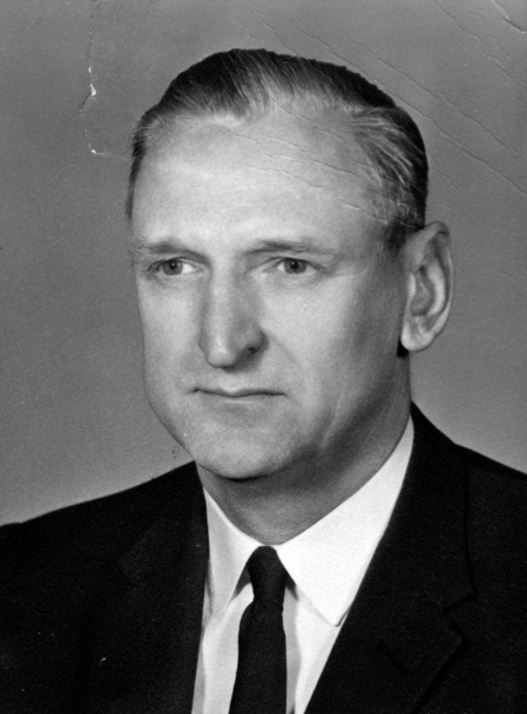 Joseph A. (Joe) Porter, Jr. grew up in Rockingham, N.C., graduated from high school in 1930 and graduated from the School of Textiles, N.C. State College in 1934 with a B.S. degree in Textile Manufacturing. For three years he worked with a Goodyear Clearwater Mills #2, in Rockmart, GA and for three years before returning to State, he worked for Dan River Mills and taught carding, spinning and design in the Danville, VA textile school. He spent the summer of 1940 at State working on his master’s degree. When George Peeler resigned to become superintendent of the Phoenix Mills in Kings Mountain, N.C., Joe accepted the position to teach. He was appointed as Assistant Professor. (1) His master’s research (M.S. Textiles 1941) focused on using nylon, vinyon, and high tensile strength regenerated cellulose yarns for use in Jacquard weaving harnesses.

When the Second World War broke out, Joe entered the US Army Air Corps and rose to the rank of Major. After the war, he returned to the School of Textiles and began teaching again. He took leave in 1953 and served as a textile expert for NATO in Paris and U. S. special representative to the Textile Committee of the CEEC until 1955. Once that assignment was complete, he returned to the School and began a third stretch of teaching.

The School of Textiles at N.C. State joined the School of Agriculture in December 1954 and agreed to assist in the development of a teaching and research program at ENI, the National School of Engineering in Lima. Joe was part of the team sent to assist in projects there. Porter was given the job of coordinator. It took a lot of patience, but his skills developed with logistics during World War II definitely helped. (2) For example, laboratory equipment sent from Washington on March 9, still had not arrived in Peru by May 3. It should have arrived in early April. Porter left for Peru in June and taught basic courses in weaving while working on the laboratory installation. 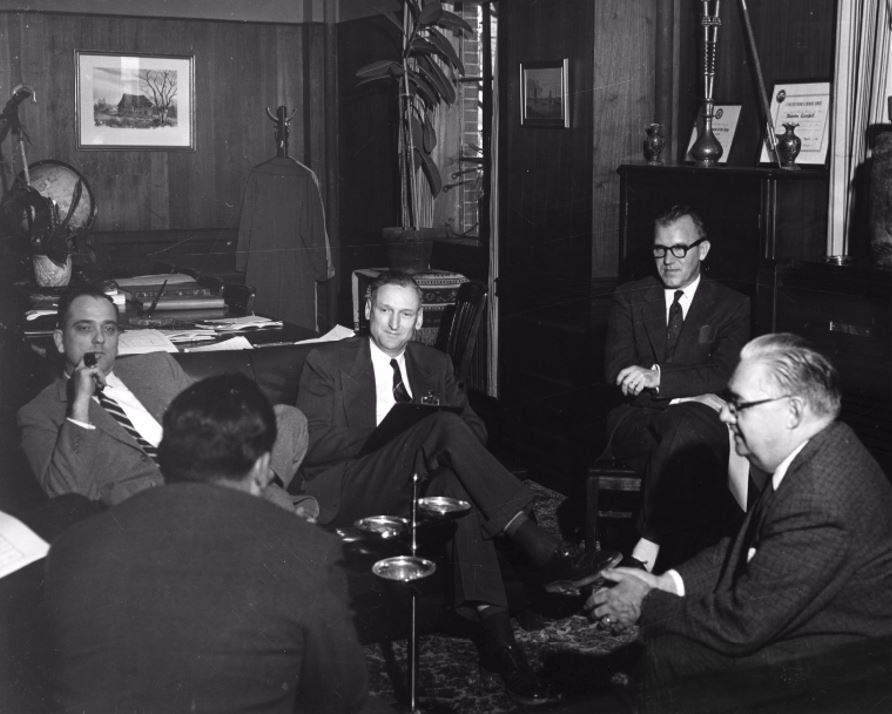 For several months throughout 1957-1959, he acted as a consultant to the U.S. Operations Mission in Mexico. He visited Nicaragua under the auspices of the USAID Mission to that country

He was President of the Exchange Club of Raleigh and Governor of District No. 2, Exchange Clubs of North Carolina. Also, he was past chairman Raleigh Civic Council, July 1948 to January 1949. He was active in the governing of the Fairmont Methodist Church of Raleigh having served as president of the Fellowship Club and was a member of the Board of Stewards.

Porter was elected a member of Sigma Tau Sigma, honorary textile scholastic fraternity. He received the American Association of Textile Technologist’s Outstanding Service Award in 1972 and at the 1978 National Convention, received the NCSU Student Chapter Service Award. He was a member of the American Association of University Professors. In 1978, he was named “Man of the Year” by Phi Psi, of which he was an honorary member and president of the Grand Council in 1979. He was a member of the Southern Textile Association.(4, 8, 9)

Activities in Support of the College

Joe was elected to the position of Secretary for the Faculty Senate for the 1963-64. (2) Harrelson Hall, in the background of the photo below was completed in 1962. This photo shows three newly elected Faculty Senate officers. 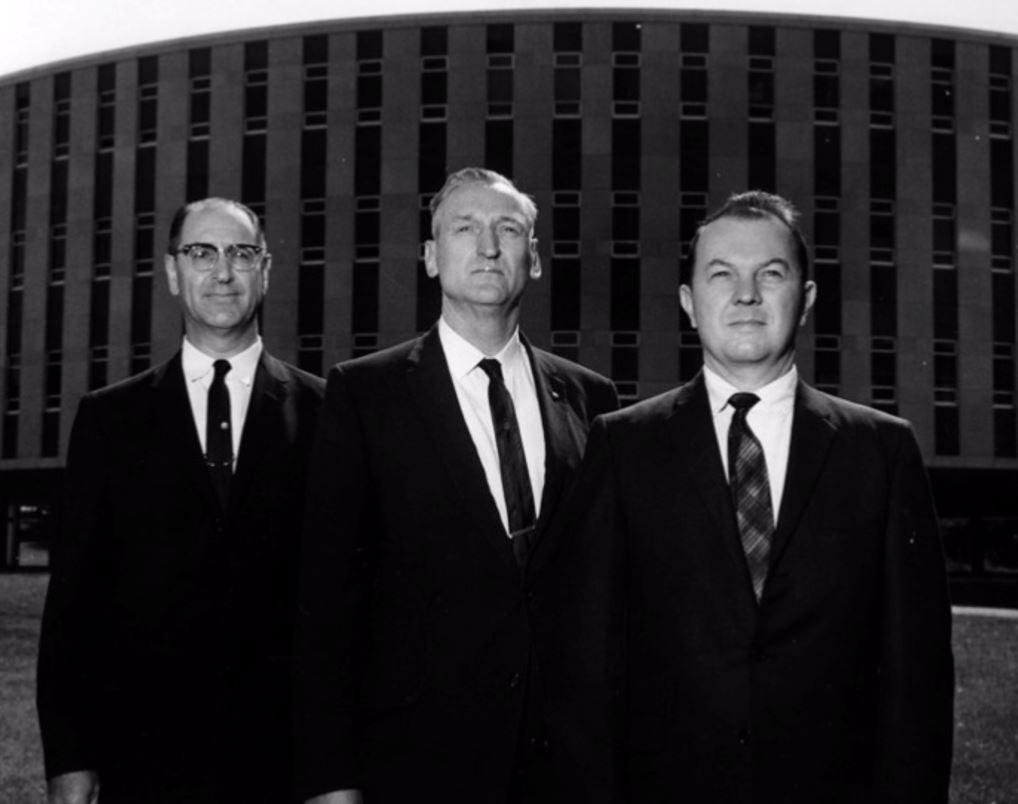 In his long career in textiles, Joe worked as an international consultant, advising several foreign governments about the industry and participating in development projects. He was a consultant for US Government-sponsored projects in Mexico, Nicaragua, Costa Rica, France, Peru and Portugal. (5). “Joe was one of the most sincere and dedicated teachers that I have ever known, said Dean Emeritus of the College of Textiles Dame S. Hamby and a colleague since 1948. “During his tenure there, the college really emerged as the No. 1 textile school in the world.” 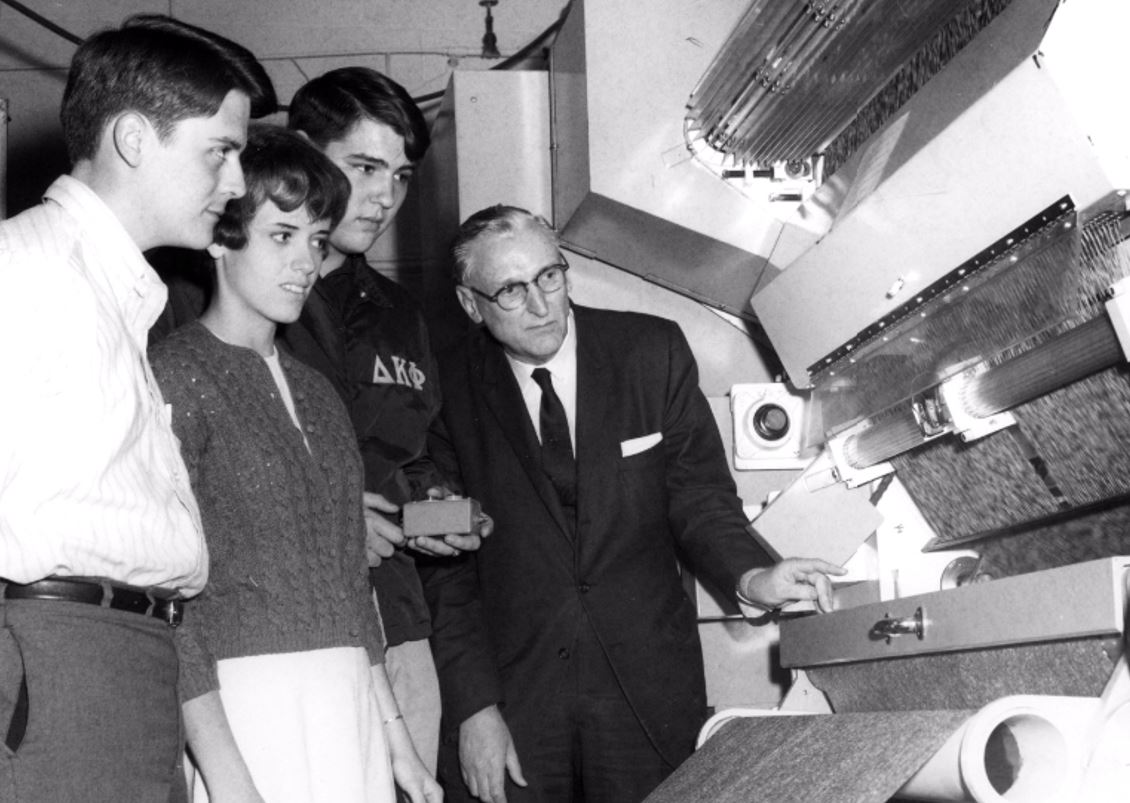 Professor Joseph Porter was chairman of the open house committee when N.C. State announced a university-wide Open House on Sept. 29, 1979. Registration was held at Reynolds Coliseum followed by transportation across the campus using minibuses. (6) 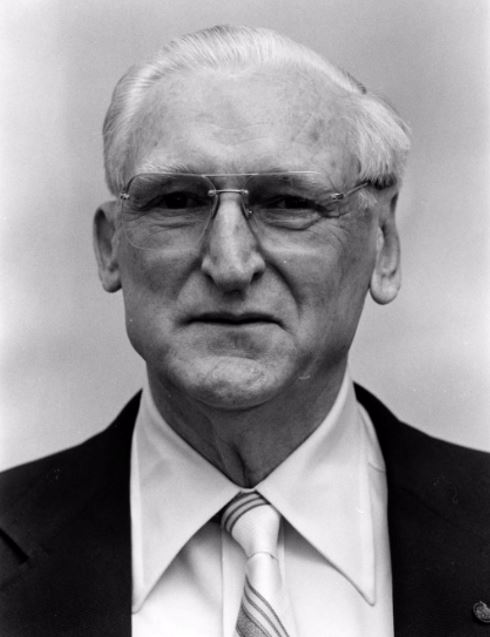 He retired in 1978 but remained active at the College of Textiles for many more years (until 1992, according to Dame Hamby). (7) He was feared and revered by his students.  For many years, former students would ask: &quot;How’s the old SOB doing?&quot;  He was a good professor well versed in weaving technology.  He ran a tight ship in his classes and his students learned a lot.

Joe died August 8, 1993 of a massive stroke. Interment was at the Montlawn Memorial Park, Raleigh. (8,9)