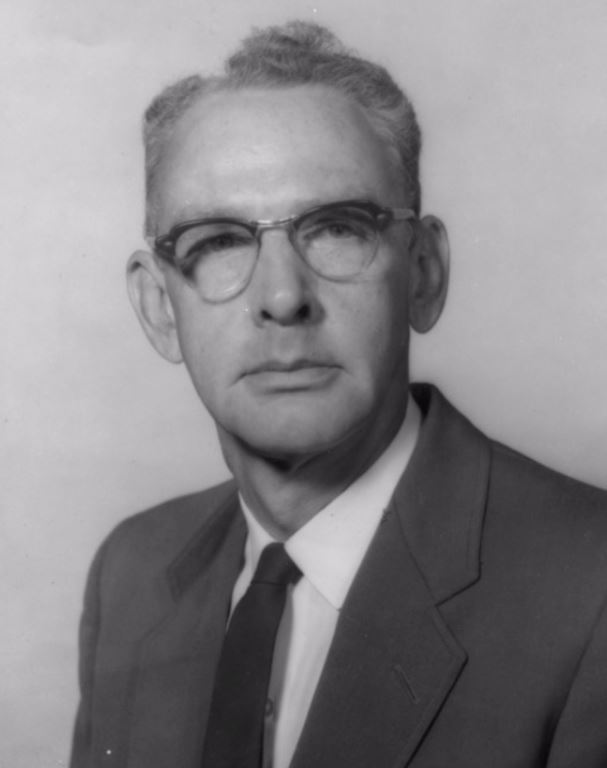 Ernest Bezold Berry joined the faculty of the School of Textiles in 1951 after 17 years of preparation.  Berry began his industrial career at Collins & Aikman in Philadelphia in 1934 and was lucky to get a job in those depression years.  He took night courses at Philadelphia Textiles until the U. S. Navy came calling in 1942.  After the war, Berry accepted a position as Textile engineer at LaFrance Industries, La France, S.C.  After three years at La France, he decided to take leave and study textiles full time at Clemson College while earning his living as an Instructor.  Following graduation, he accepted the position of Assistant Professor at the School of Textiles.  He taught weaving and design courses.  Along the way, he wrote two books, one on Leno Weaving and the other, on Design.  The publishers of the Encyclopedia Americana chose him to write the article on textile fabrics.

He was a wonderful teacher with years of practical experience.  He won Outstanding Teaching awards four times, culminated with the ultimate when he was selected as the Outstanding University Teacher in 1966. (4-7) Berry was always interested in getting his students engaged in their work.  He wanted to show them the project he had in mind had a practical side.

While teaching senior-level students in the late 1950s, he challenged his students to use a narrow fabric loom capable of weaving a two-inch tape.  All the better, the loom was connected to a jacquard head.  In the fall semester of 1958, he challenged his students to design and weave a calendar with a School of Textiles design in the top two inches followed by the twelve months positioned two by two for the next five inches.  The winning design resulted in a green-and-white calendar assembled with surplus Fortisan warp and acetate filling.  The calendars were such a hit with the members of the class, faculty, staff, and alumni, that the project became an annual event.  William J. (Willie) Brown, Jr., class of 1959 remembered working on that project.  In ensuing years, under the supervision of Berry, calendars were woven with red, black, and white yarns featuring the N.C. state colors and the wolf mascot.  After Berry retired in 1969, Professor Joe Porter took on the responsibility. (2) Framed examples of these tapes are on display outside the Office of the Dean of Textiles. 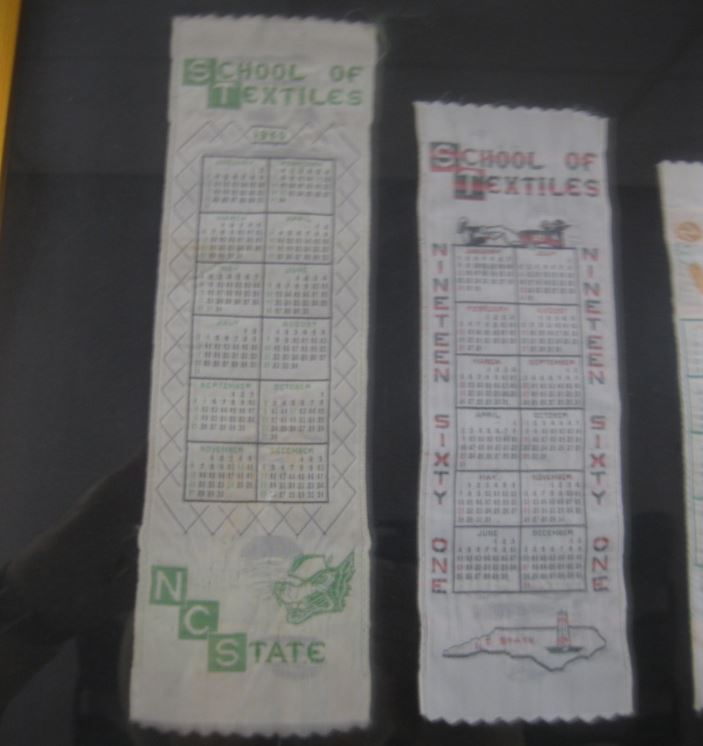 Ernest Berry consulted with IBM Corporation in the development of a computer-based jacquard design project.  A design was entered into the computer and displayed on a Cathode Ray Tube.  A designer then worked directly with a light pen to change the design.  The first public display was prepared for the Southern Textile Exhibition in Greenville, S. C. October 21-26 1968. (9)

The School of Textiles instituted a new dimension of textile education with the creation of a new senior-level course to give a view of the Madison Avenue side of the industry.  Fred Eichenberger of the N.C. State School of Design agreed to lecture on the principles of design.  Frederick Holt, president of the Consumer Products division of West Point Pepperell and a former president of Fieldcrest Sales Corporation spoke about marketing.  Frances W. Massey of Textile Technology explained color and Berry taught the technical aspects of weaving and weaving machinery.

Consumer products considered included carpeting, drapery and upholstery, towels, linens and clothing.  At the conclusion of each product, the students took field trips to observe how design is incorporated into fabric for each specific product. (10) 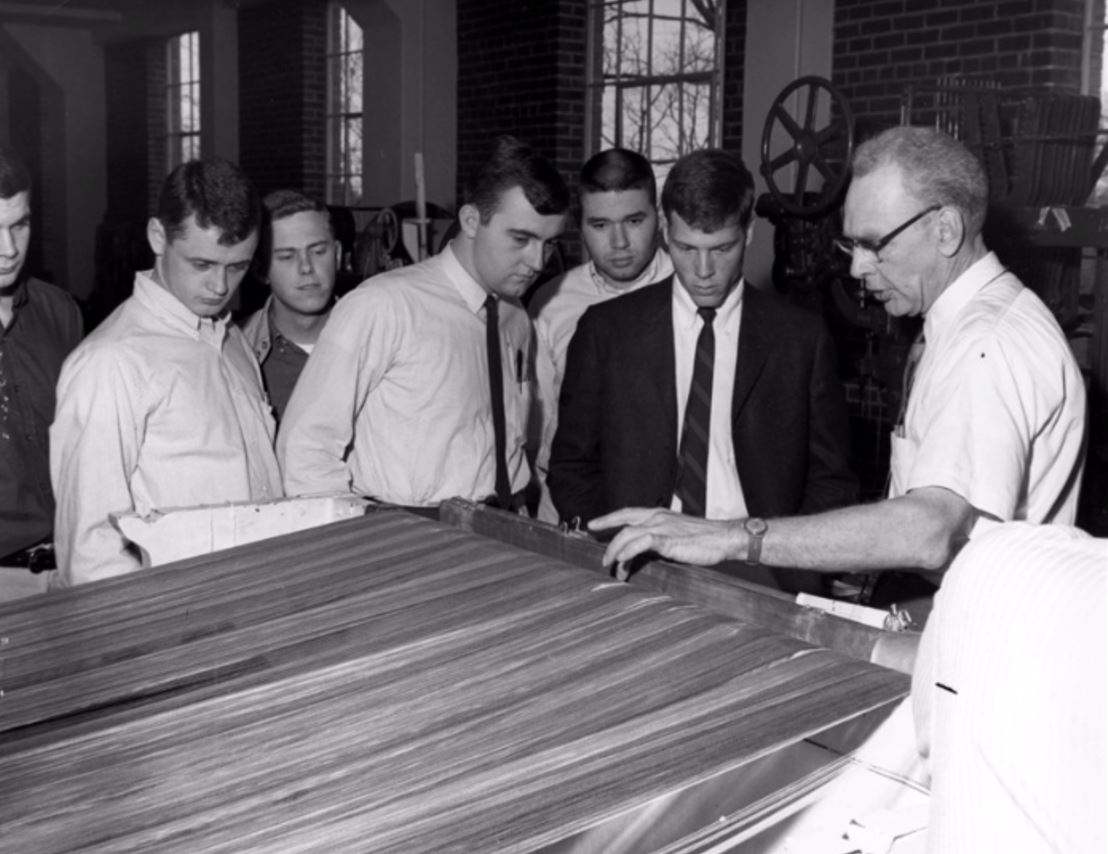 Figure Ernest Berry of the textile faculty demonstrates threading of warp yarns during a course on upholstery fabric processing while furniture students look on.  Photo courtesy of NCSU Archives 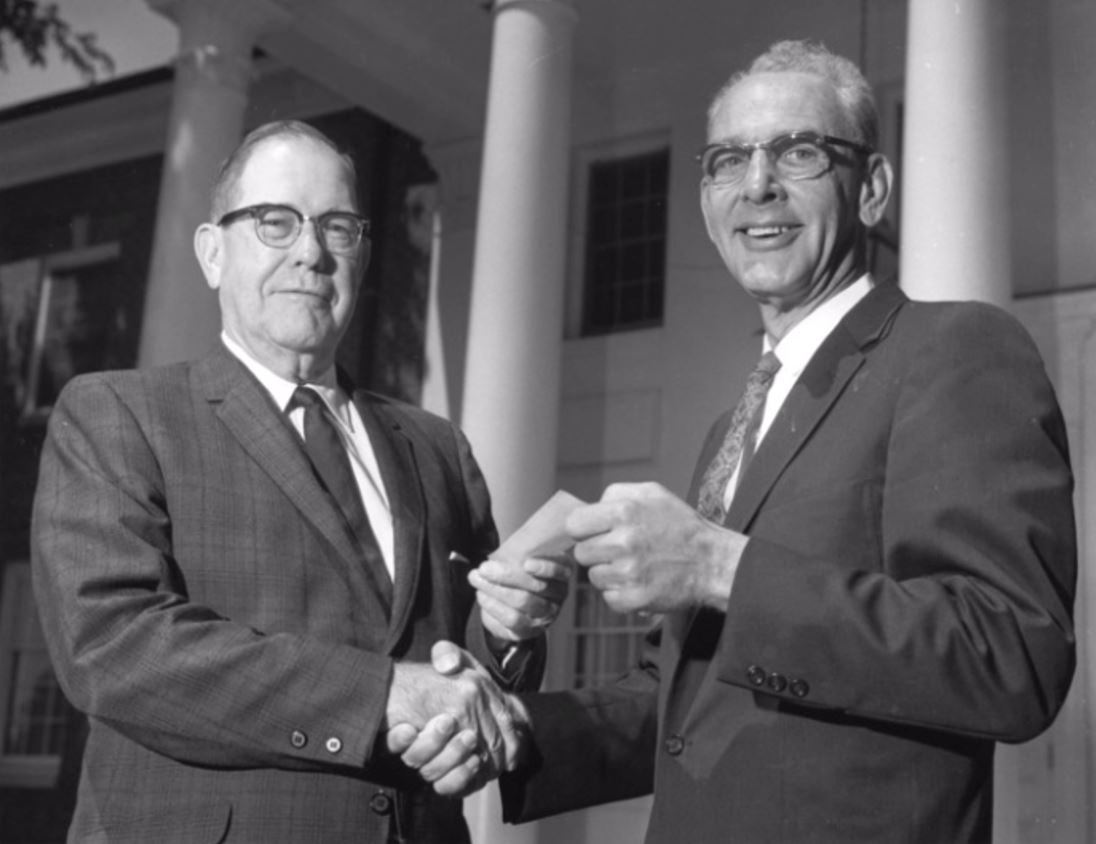