Following is a biography extracted from introductory remarks by Louis A. Olney published in the American Dyestuff Reporter.  These remarks were made while introducing Mr. Cady as the Third Olney Medalist at an award ceremony held December 12, 1946.

Mr. Cady was born in Providence, Rhode Island July 8, 1877.  He graduated from Mowry and Goff’s School in 1894, entered Brown University that same year and received an A.B. degree in 1898 and an A.M. degree in 1905. From 1899 to 1904 he was a chemist and demonstrator for the Farbenfabriken of Elberfeld Co.; and from 1905 to 1917 he continued to serve in a similar capacity, first with Farbenfabriken and later with the Badische Co.  From 1918 to 1922 he was Chief Chemist for the U. S. Finishing Co. and from 1922 to 1929 Research Chemist for the Pacific Mills.  From 1929-1931 he was Chief Chemist of the Slater Co. in Webster, Massachusetts, from 1931 to 1946, again Chief Chemist with U. S. Finishing Co., resigning in March to undertake the work on the Colour Index, but remaining with the company as a part-time consultant. 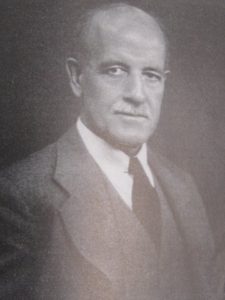 Mr. Cady contributed many articles and reports for publication in AATCC proceedings.  His work in connection with Light Fastness is foremost as is his work on Print Pastes.  Dr. Olney reported that seventeen papers and reports were published.  He served on fourteen different committees and was Chairman of at least six.

He was invited to attend the small group of textile chemists that gathered at the Engineers Club in Boston August 21, 1921 to consider forming an association for textile chemists and colorists.  He organized the Rhode Island Section with 26 signatory members by November 18th, two weeks after the formation of the American Association of Textile Chemists and Colorists.