Born February 16, 1879, at Stroudsburg, PA, he resided at 1115 Fifth Avenue, New York and at his summer home at Pocono Lake Preserve, Pennsylvania. 1 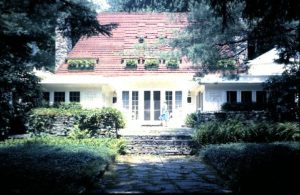 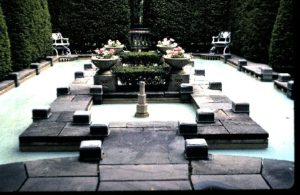 Figure:  Mr. Bell’s summer home at Pocono Lake Preserve and the ornamental fountains behind the home, modeled after Versailles. (2)

Mr. Bell, a life-long member of the Society of Friends, was graduated from Westtown School, Westtown, Pennsylvania, and from Haverford College, Haverford, Pennsylvania, where he received his BA in 1900.  In 1901, he received his MA from the School of Political Science of Columbia University and in 1903 his LLB from the Columbia University School of Law.  While studying law, he was a member of the Editorial Board of the Columbia Law Review.  Mr. Bell was admitted to the New York Bar in 1903 and became associated with the law firm of Guthrie, Henderson and Degersdorff.  During the First World War, he gave valuable assistance to the President of the Air Nitrates Corporation as advisor and assistant in building Nitrate Plant No. 2 at Muscle Shoals, Alabama.  He became president of American Cyanamid Company in 1922. 1

Mr. Bell’s integration of the numerous companies merged to form American Cyanamid Company was acclaimed by many a major achievement in industrial management.  Mr. Bell was keenly interested in fostering a strong and capable research organization, and devoted much of his personal attention to that mission. 1

Mr. Bell was awarded the Chemical Industry’s Medal in 1934 for distinguished economic service to the chemical industry.  He served as Chairman of the Board and President of the Manufacturing Chemists Association and the Chemical Alliance.  In this latter organization, he directed its work during the days of the National Recovery Act and guided the chemical industry through many trying phases during the Depression. 1

For many years, Mr. Bell had also been a member of the Board of Directors of the National Association of Manufacturers.  He was actively interested in its post-war (WW II?) planning work and served as a Regional Vice-President and as a member of the National Industrial Information Committee.  At the time of his death, he was an honorary Vice-President.  He was largely responsible for instituting the practice of publishing an Annual Platform of the Association. 1 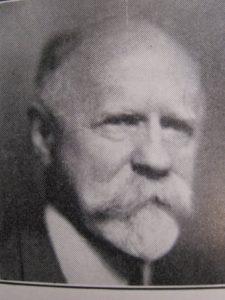 In addition to the time he devoted to business and industry, Mr. Bell took an active interest in the fields of education, travel, politics and economics.  He was also a distinguished yachtsman and once owned the “Mistral” and the schooner “Elena.”  In 1928, with the “Elena,” he won the Spanish American “Race” receiving the King’s Cup presented to him by the King of Spain.  The “Elena” was presented by Mr. Bell to the British Admiralty as a gift in 1942.

Mr. Bell died of a heart attack on Wednesday, December 22, 1950 in Marrakesh, French Morocco.  He was on a business trip surveying the company’s interests. He was accompanied on the trip by his second wife, whom he had recently married.  1, 2

He was survived by his second wife, Marion Walters Bell, (his first wife, Susan Alsop Bell, passed away on November 4, 1949), his daughter by his first marriage, Helen Griscom Bell Hole, his son-in-law Allen D. Hole, Jr., and four grandchildren.