Werner von Bergen was awarded the Ninth Olney Award by the American Association of Textile Chemists and Colorists in 1952.  At the time von Bergen was Director of Research and Control Laboratories for the prestigious Forstmann Woolen Company, Passaic, New Jersey.  A native of Switzerland, he graduated as a chemist from the Technical College, Burgdorf, Switzerland, in 1916.  His experience in woolen manufacturing dated to 1919. For one year he was connected with the I. G. Farbenwerke, Leverkusen, Germany, and had been with Forstmann since 1926.  Mr. von Bergen was an authority on the processing of wool with many publications to his credit. (2-8)  He was co-author of the American Wool Handbook and the Textile Fiber Atlas.  He conducted evening courses on woolen and worsted manufacture at Columbia University.  He was chairman of A3, Section I on Wool of the American Society for Testing Materials and was an associate member of the Textile Institute. (1)  Von Bergen was a prolific writer and editor.( 2-16) 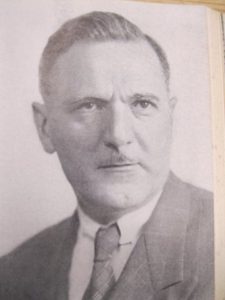