Raymond W. Jacoby was born in Wilkes-Barre, Pennsylvania in 1899 of Pennsylvania Dutch (or Deutsch) stock.  He graduated from the local high school in 1906 and attended MIT where he graduated with a Bachelor of Science degree in Chemical Engineering in 1910.  He entered the textile field and during the period 1910- 1937, he worked for The Rockland Finishing Co., United States Finishing Co., and the Arkwright Finishing Co.   During this time, he advanced from the position of chemical engineer, to foreman, division superintendent, assistant manager, and manager.  In 1937, he joined the Ciba Company with an opportunity to pursue research.  Those positions varied from technician to research director, branch manager and department manager. 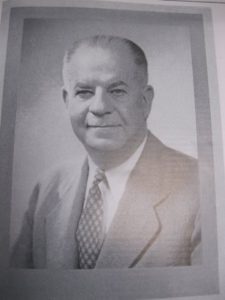