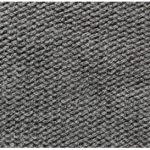 Texture is the disposition or manner of union of the particles of a body or substance, a visual or tactile surface characteristic resulting in a certain appearance. Texture is also defined as a repeating pattern of local variations in image intensity and a feature used to partition and classify images into regions of interest. In textiles differences in texture are the result of differences in fibers and spinning, weaving, or knitting processes.

Our Motivation and Goal

Humans recognize texture as a defining feature of objects and sections of images. Texture has been studied in imaging, particularly in monochromatic imaging, primarily to enhance the capability to segment images in computer vision applications and effectively encode images for storage and transmission. The relationship between color and texture has been less well understood. A number of methods have been attempted to characterize texture which usually include both first and second order statistics, in both the space and frequency domains. Although there are methods for segmentation that use both color and texture, these approaches have not emphasized the combination of the two attributes. Some work has included perceptual attributes; however, these attributes used have been relatively general and qualitative, including terms such as dominant color, smoothness, directional properties, etc. We aim to consider the frequency content of the texture patterns in relationship to the color frequency response of the human eye. The goal is define texture quantitatively and better understand how texture affects humans’ perception of objects under a certain illumination condition.

Methods for the Analysis of Texture

In textile fabrics, the texture is quite regular, that is, the elementary woven or knitted pattern is repeated over the entire substrate. The level of texture is therefore usually described by a roughness or coarseness index. Attempts have been made to automate the description and recognition of these patterns over the last few years since humans’ ability to distinguish different textures is limited and the process is also time- consuming. In the field of imaging classification and segmentation of texture are the two primary issues in analysis. Since texture is a regular repetition of an element or pattern on the surface, with the aid of mathematical models and computer image analysis, several approaches are available for analysis of texture as shown:

A well known statistical tool for extracting texture information form images is the Grey Level Co-occurrence Matrix (GLCM), which was originally introduced by Haralick in 1973. This method can be used to measure second-order texture characteristics for the gray images.

The intensities of current pixel i and that of its neighbor j conjugate a single co-occurrence of i and j, given the sampling parameters distance d (pixels) and direction q (4 directions, 0°, 45°, 90°, 135°). The frequencies of all co-occurrences are stored in a matrix MN×N. Since the gray shades of the image can be ranged from 0 to 255, the GLCM dimension is 256 × 256. Thus entry i, j in the matrix is the number of i, j pair samples in the image. Typically, these frequencies are normalized by the sample size.

The GLCM can be expressed using equation:

The indices based on GLCM are the main tools for the analysis of texture, and there are about 14 indices available. Commonly, however, five indices can be used to analyze the texture, namely, the angular second moment, the entropy, the contrast, the inverse difference moment and the correlation. These are shown in the equations:

where W1 is the angular second moment, W2 is the entropy, W3 is the contrast, W4 is the inverse difference moment, W5 is correlation. Each index can be used to represent one characteristic for a given texture. The result from GLCM is also significantly influenced by the other two parameters, the direction  q  and the distance d.

where f(x,y) is the original image, and M×N is the resolution of the image. The inverse transformation is expressed using equation (2) below:

The following examples show the typical frequency spectra, on the right, for images given on the left.

Increasing the uniformity of an image increases the energy in the center of its frequency domain (low frequency), that is, the texture information is represented in the high frequency domain in the spectrum.

The analysis of texture based on transformation is complicated but useful. In recent years the Gabor and Wavelet transformations have been utilized to analyze texture in specific domains.

We are currently investigating the effect of texture on perception of high luminance factor objects.  To that end we are continuing to examine: